The Senate's Shameful Lack of Courage on Guns

Walter G. Moss is a professor emeritus of history at Eastern Michigan University. His most recent book is "An Age of Progress?: Clashing Twentieth-Century Global Forces" (2008). For a list of all his recent books and online publications, go here: http://people.emich.edu/wmoss/pub.htm. 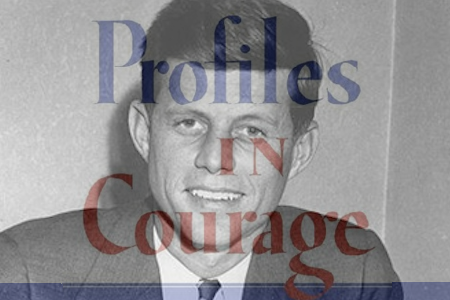 On April 17, “a shameful day for Washington” in President Obama’s words, the U.S. Senate failed to pass “common-sense gun reforms.” The key measure, an amendment for expanded background checks, needed 60 votes to break a Republican filibuster, but received only 54. Based on some polling data, the president claimed it was “supported by 90 percent of Americans.”

Shortly after the vote Gabby Giffords, the former Arizona congresswoman who was shot in the head two years ago, wrote: “These [46] senators made their decision based on political fear and on cold calculations about the money of special interests like the National Rifle Association [NRA], which in the last election cycle spent around $25 million on contributions, lobbying and outside spending.” She also mentioned courage and called on others to help expose “the cowardice these senators demonstrated.” And she added, “the senators who voted against background checks for online and gun-show sales, and those who voted against checks to screen out would-be gun buyers with mental illness, failed to do their job.”

The sorry spectacle of the Senate vote calls to mind its opposite: John Kennedy’s 1956 book, Profiles in Courage. Written while he was still a senator, it highlights the political courage of eight senators from John Quincy Adams (1767-1848) to the Republican Robert Taft (1889-1953). It also includes a few chapters outlining Kennedy’s views on political courage, “a quality which may be found in any Senator, in any political party and in any era.”

Kennedy cited three main pressures that discouraged political courage: the desire to be liked; to be reelected; and, most significantly, “the pressure of his constituency, the interest groups [today, think NRA], the organized letter writers, the economic blocs and even the average voter.” He also mentioned party pressures and obligations, but concluded that “when party and officeholder differ as to how the national interest is to be served, we must place first the responsibility we owe not to our party or even to our constituents, but to our individual consciences.”

Although nation-wide support for more extensive background checks ran high, some of the April 17 Senate nay voters, including four Democratic senators, came from states that are considered “gun-friendly.” About the four Democrats, a Salon article mentioned that “[Senators] Baucus [Mont.], Begich [Alaska] and Pryor [Ark.] are up for re-election next year. [N.D. Senator Heidi] Heitkamp’s excuse is that the entire population of her state is old white gun nuts.”

For these senators and others afraid that they might be defeated in a primary or general election or who claim they were just “listening to the wishes of their constituents,” Kennedy’s Profiles are especially valuable. For the type of political courage he mainly championed was “the courage required of the Senator defying the angry power of the very constituents who control his future.”

Kennedy seemed to believe that a senator owed to his constituents what Edmund Burke said in England in 1774 “[Their] wishes ought to have great weight with him. ... It is his duty to sacrifice his repose, his pleasures, his satisfactions, to theirs; and, above all, ever, and in all cases, to prefer their interest to his own. But, his unbiassed opinion, his mature judgement, his enlightened conscience, he ought not to sacrifice to you. ... Your Representative owes you, not his industry only, but his judgement; and he betrays, instead of serving you, if he sacrifices it to your opinion.”

Kennedy thought that “national interest [the public good], rather than private or political gain, furnished the basic motivation” for the senators he profiled. For each of them “his conscience, his personal standard of ethics, his integrity or morality,” his interpretation of the national good, came first.

In the aftermath of the “shameful day” we have just experienced, where among any of the Senate nay-voters is conscience, ethics, integrity, morality? Do any of them really believe that blocking more extensive background checks is in the national interest?  Gutlessness, not courage, seems triumphant. Maybe those of us appalled by the nay-voters action should send them copies of Kennedy’s book.