Movies about the Past Take Over the Stage 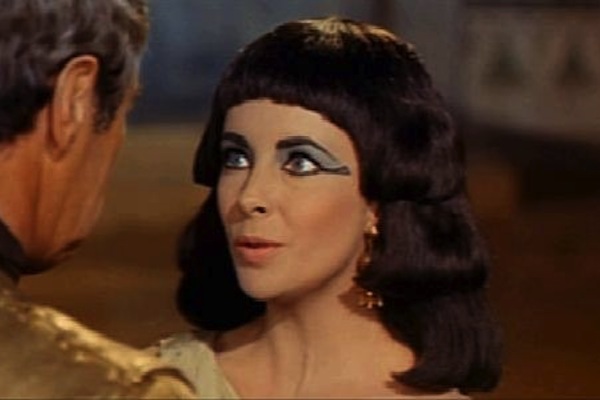 The theater, which loves to sell its plays to Hollywood, is now being turned upside down – movies are taking over the stage.

For years, there have been one or two plays that are recreations of film hits, such as Wicked, based on the turn of the century Wizard of Oz books, and the nineteenth century Mary Poppins, but now the big screen attack on the stage is a tidal wave. Plays now in production based on movies, many about history, include Far from Heaven, The Summer of ’42, Kinky Boots, Spider Man, Around the World in Eighty Days, Swiss Family Robinson, and Silence! The Musical. Coming up this year are Bridges of Madison County. Bullets over Broadway, Can-Can, A Time to Kill, Irma La Deuce, Lady Day (Billie Holiday), Little Miss Sunshine, Honeymoon in Vegas, and Rocky (it has been a huge hit in Hamburg, Germany). In the works are Animal House, Mildred Pierce, Aladdin, Tootsie, and Charlie and the Chocolate Factory

One of the biggest film=to-stage successes was the musical Billy Elliott, based on the film about Britain’s 1980s mine strikes. The theater producers kept the story basically the same but came up with marvelous contrasting scenes between Billy’s dance life and his dad’s mine life to make it a multiple Tony Award winner.

The trend of history movies into theater is so great, and the money to be earned so considerable (Lion King has earned nearly $6 billion), that last month Twentieth Century Fox announced that it was joining partners with veteran theater producer Kevin McCollum and media executive Tom McGrath to turn Fox film hits into stage vehicles – and they have a long list of possibilities.

Among the all-time Fox favorite films, many about the past, are: 1930s gangster epics Little Caesar and Public Enemy, Star Wars, Grapes of Wrath, Razor’s Edge, Gentlemen’s Agreement, Cleopatra, Jaws, the Agony and the Ecstacy, The Sting, Wall Street and Towering Inferno. There is actually a warehouse of Fox movies that could be turned into plays, many about life in the 40s and 50s. Other studios have stage ready films, too.

Why spin films into stage plays?

First, movies have a built in audience. Theater producers reason, correctly, that if people liked the movie they’ve got to enjoy the play. Fox has so many old movie hits that the thinking extends not just to people who saw the movie, but those who saw the film on television. They might go to the play, too. They are right. The woman sitting next to me at a summer production of Same Time, Next Year, at the Mainstage Theater, in Stockbridge, Massachusetts, told me that “I saw the movie several times, in the theater and on television, so I just had to see the play.”

Rocky, the 1970s American dream boxing classic, starts performances in New York in February. Who has not seen and loved the Rocky movies, all of them? Won’t they want to run to the theater to listen to those classic “Yo, Adienne” lines?

Second, many movies succeeded because they were good. They had solid scripts, good acting and were directed by skilled people. If they were good movies, they should be good plays.

Three, the theater going public is older than the people who buy movie tickets. These people, in their 40s, 50s and 60s, remember successful old films well; they do not connect to Wolverine and Madagascar 2.

Four, we all connect movies with our past, with the country’s past, and their recreation on stage brings the past back to life for us.

For all of these reasons, it is a pretty good idea to turn films into plays. They have worked well, too, as evidenced by the success of films into plays such as Chicago, Lion King, Spamalot, Mary Poppins, Giant and the Sister Act

Now for the negative. This does not always succeed.

Things can go wrong. The wrong actor in the starring role can kill any play, but it can really cripple a play based on a movie in which the audience vividly recalls the star of the film and wants the stage actor to be him. Can you imagine anyone in theater trying to play Henry Fonda from The Grapes of Wrath, about the Oklahoma Okies in the Depression? A better example is the hit Robin Williams’ movie Mrs. Doubtfire. The movie producers want to turn it into a stage play, but worry that audiences will only embrace Williams in the part.

There have been some real disappointments in the film to stage process. You don’t remember the play version of Rain Man, do you? Worse, there was Gone with the Wind. How could one of the biggest grossing movies of all time go wrong on stage? How could people not like the Civil War? Well, the musical version of it opened in London in 2008, earned terrible reviews and worse word of mouth from those who saw it. The show ran just over two months and closed. How could the beloved film Ghosts miss as a play? It did. What about the delightful film 9 to 5, with all those lovable women? It was a flop on Broadway.

It is difficult to restage the chariot race in Ben-Hur on a stage. Could an actor part the Red Sea, as Moses did in The Ten Commandments, in a theater?

Speaking of special effects, look at the way the movies create gore with bullets, knife wounds and fire burns. They do it very graphically; theater cannot match that.

The close up. Remember Gloria Swanson’s famous line from Sunset Boulevard that it was time for her close up? Close ups make movie magic (“Bond, James Bond”). You don’t have that in the theater. From some rows in the mezzanine, theatergoers can barely see the stage, much less a frown on someone’s face.