The Triumph and Tragedy of 1930s Singer Billie Holiday 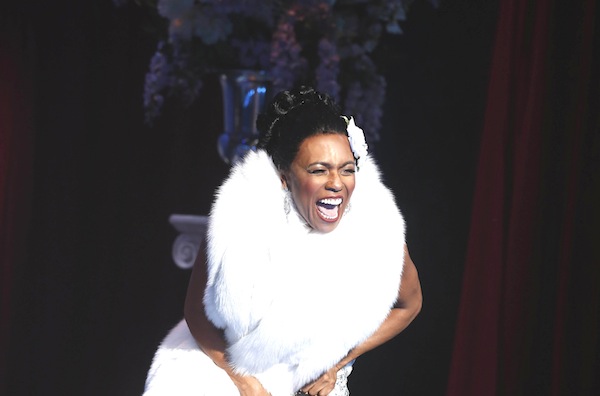 Billie Holiday, the Depression and post-World War II singer, was one of the most tragic figures in show business history. She was raped at 14 and had a mother who was a prostitute and became an alcoholic and drug addict. Men came and went and so did her income. She wound up in contracts that brought her little money, bounced from big band to big band, lost her cabaret license that enabled her to perform in night clubs, spent a year in prison and died at 44.

At the same time, Holiday grew into a musical legend, a titanic nightclub performer with a heartbreaking voice who drew thousands from miles around whenever she performed. She managed to stay on top, woes and all, for nearly thirty years. She was immortalized in the 1972 movie, Lady Sings the Blues, that starred Diana Ross.

Lady Day, a new musical play about Billie, just opened in New York. It is really a revue, with Dee Dee Bridgewater as a mesmerizing Holiday, who interrupts songs from time to time to tell her sad story. There is only one other character in the play, her manager. The musicians in her onstage band add some banter.

Don’t expect a full blown play because it is not there. What you get is a dazzling concert by the effervescent Bridgewater of Holiday’s timeless music, featuring her signature songs such as Lady Sings the Blues, God Bless the Child and Strange Fruit. She also belts out a beautiful All of Me and My Man. If this was a fully formatted, traditional musical you would never have the chance to hear all of the songs.

The play is set in a rehearsal hall of a theater in London just before Holiday’s show there in 1954, at the end of her career. She lost her license to sing in the states and fled to Europe to perform. There, depressed, she battles the bottle and the needle. Amid the stark backdrop of the old theater, she tells her story in the first half of the play. She presents her night club show, interrupted by more episodes of her sad tale, in the second act, dressed in a stunning gown and the signature flower over her ear.

The play is a delight for historians. Not only does Billie tell the history of herself and music in the 1920s to 1950s, but she adds a lot of stories about sexism and racism, especially racism that make the show so vivid. There is a nice montage of Great Depression photographs of ‘Colored Only’ rest rooms signs and drinking fountains with huge ‘Colored’ and ‘White’ signs over the two faucets.

Holiday was always a victim of race, shut out of night clubs in her younger years and forced to take the servants elevators in hotels where she performed in the white showroom. She usually stayed at black hotels or with friends on the road. She laces her show with anecdotes about race.

She was a victim of men, too, raped in her early teenaged years and betrayed by a dozen men afterward in her life.

Bridgewater tells Holiday’s story with much drama and a nice laugh here and there. She looks back, finding the humor in the different sad anecdotes and, again and again, reminding the audience that no matter what she tried, or how much help she received from friends, she just could not kick alcohol and drugs. There is one riveting scene in which she shoots up on stage and then lays prone in her chair, with her manager unable to move her.

The play has its problems. You find out some of the tragedy in Billie’s life, but not all of it and there was plenty. You learn of some of her triumphs, but not all of them. You never get the public’s view of her, or other signer’s views of her, during her lifetime. There is not much on her troubled teenaged years or her terrible relationship with her mother. And, as noted earlier, the ‘play’ is just a skeleton of what it could be.

You do get a terrific concert by Holiday, though, full of both songs and stories. She talks to the audience throughout, laughs and sighs. Bridgewater, at her best in this play, does a phenomenal job of recreating one of Holiday’s club acts and bringing you into it.

Director and writer Stephen Stahl has done a fine job with the show, despite his wobbly book, and received fine supporting performances from David Ayers as the manager and Rafael Poueriet, Bill Jolly, James Cammack, Jerome Jennings and Neil Johnson as musicians/ actors.

Lady Day is a good look at a troubled singer who became legendary in a very troubled time in American history, a time, as they would say in the music business, full of as many high notes but low ones, too.