Why Things are Looking Good for Israel

Dr. Jonathan (Yoni) Shimshoni holds a PhD in Public Policy from Princeton University and is a brigadier general (res.) in the IDF. Dr. Nimrod Hurvitz teaches at Ben Gurion University of the Negev and contributes to the Canthink-Molad Website. 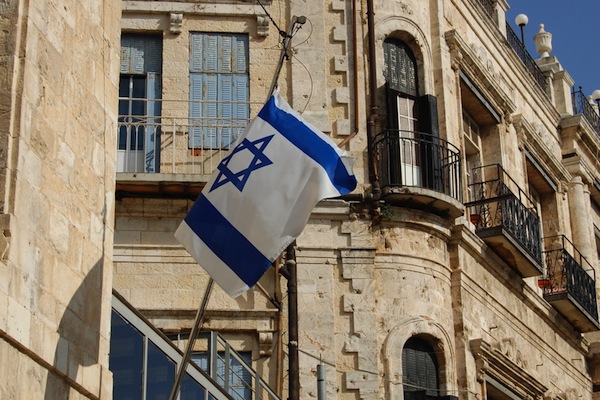 With his back pushed into the corner of diplomacy by Iran's President Hassan Rouhani's "charm attack," Israel's Prime Minister Binyamin Netanyahu maneuvered frantically in a media blitz, between a grudging approval of the negotiations and a wild discrediting of Rouhani as a negotiating partner.

There are good reasons to be vigilant with regards to Rouhani's diplomatic U-turn. Yet Netanyahu's crusade against Iran and Rouhani smacks of more than mere caution. It reflects a more profound characteristic -- his fear of negotiations or, in a nutshell, "diplomaphobia."

Netanyahu belongs to a school of right-wing Israeli politicians exceptionally suspicious of diplomacy. For them, diplomacy is either a pastime for wishy-washy, self-serving, politicians, or an arena in which Israel's enemies lead astray naïve Western diplomats, and gain time to advance their genocidal programs.

Yet, diplomacy -- like force -- can work both ways. Although it is true that Chamberlain's poor diplomacy enabled the ensuing slippery slope to World War II, it is also true that by avoiding diplomacy between 1970 and 1973, Israel was embroiled in the bloody Yom Kippur War.

The point that Netanyahu and this school does not appear to consider is that diplomacy and force are not mutually exclusive; rather, good diplomacy is the sophisticated and effective exploitation and leveraging of assets (including force). Or, as Zhou Enlai remarked, flipping Clausewitz, "All diplomacy is a continuation of war by other means." Thus, when you enjoy a superior strategic position, you should employ diplomacy to drive desirable and sustainable outcomes

The Arab Spring and the economic sanctions have conferred on Israel and its allies strategically superior positions vis-à-vis Iran, its allies and the Hamas. Iran is descending into a catastrophic economic crisis and its regional allies are growing weaker by the day, as Syria is in disarray and Hizballah is hurting with it. Iran and Syria know that diplomacy is their only way to climb out of their strategic pit. It is precisely this weakness that makes this an opportune moment for the West to opt for diplomacy and negotiations.

On the Palestinian front it is also in Israel's strategic interest to engage diplomatically. Hamas has hit rock-bottom. It lost Syrian and Iranian support two years ago by siding with the Sunnis against Bashar Assad and his Iranian patrons. Recently, it lost its Egyptian backing when the Muslim Brothers were ousted from power; and it is in dire financial straits due to the Egypt's destruction of the tunnels between Sinai and Gaza. Thus -- Hamas is at a relative power nadir, both with respect to Israel and the Palestinian Authority. This is the moment to venture diplomacy.

Israeli diplomacy should be pursued vis-à-vis the Palestinian Authority, which is weak relative to Israel, but strong enough to maintain its authority and in an improving situation relative to Hamas. A negotiated agreement between Israel and the Palestinian Authority would reflect Israel's relative strategic dominance and would even further weaken Hamas, as it fuels economic development in the West Bank and leaves Gaza behind and destitute.

Israel's knee-jerk opponents of diplomacy point to the political turbulence of the Arab world as a reason to stop all negotiations. True -- uncertainty and volatility call for caution, but not for intentional stagnation. Indeed, so far the turbulence in the Middle East has enhanced the relative negotiating power of the United States and Israel and has created significant opportunities for effective diplomacy. To forego the chance of dismantling Syria and Iran of their main military assets, and to further marginalize Hamas while reaching an acceptable accord with the Palestinian Authority, could figure well in a sequel to Tuchman's March of Folly.

It is encouraging that when Obama shifted from threatening Syria to diplomacy, Netanyahu supported the move and scolded Israeli ministers who spoke out against Obama. Extending this approach, Netanyahu should have the courage to ride the wave of change passing through the Middle East.

In the turbulent Middle East, we are reminded of Rudyard Kipling's exhortation: "If you can keep your head when all about you are losing theirs... yours is the Earth and everything that's in it." The way Israel can "keep its head" in the tumultuous Middle East is not by burying it in the ground, but rather by capitalizing on its relative strength and that of its allies, as well as its enemies' weaknesses. Israel needs to seize the opportunity, support diplomacy and engage in negotiations.