Donald Trump, Xenophobia, and Immigration: We’ve Been Here Before

Ron Briley reviews books for the History News Network and is a history teacher and an assistant headmaster at Sandia Preparatory School, Albuquerque, New Mexico. 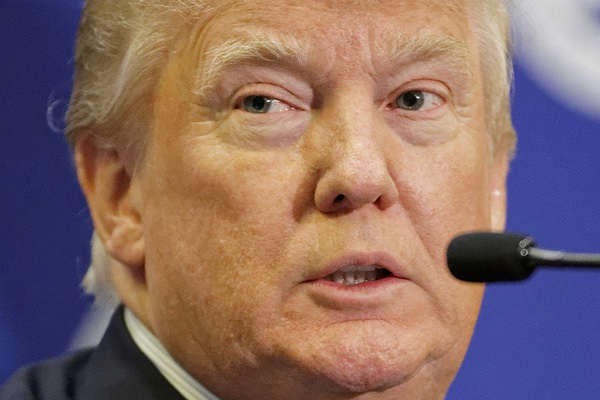 Boosters of assimilation celebrate America as a nation of immigrants, but reality is far more complex. The nation of immigrants’ concept, of course, tends to ignore the Native Americans who originally inhabited the Americas as well as the Africans who came in chains through the Trans-Atlantic slave trade. Immigrants, nevertheless, are celebrated for building the United States and pursuing the American dream. On the other hand, there is an intolerant strain in American society that has opposed the arrival of the Irish, Japanese, Chinese, Italians, Greeks, Turks, Eastern Europeans, and Jews. In recent weeks, business mogul Donald Trump has shot to the top of public opinion polls in a crowded Republican Party Presidential field by tapping this legacy of discrimination and attacking undocumented immigrants from Mexico as a threat to the American economy and society. It is a xenophobic argument appealing to American fears and insecurities as citizens feel vulnerable to terrorist attacks while the recovery from the 2008 economic collapse remains slow amid stagnant wages and growing inequality.

For Trump, whose ancestors migrated to the United States from Scotland and Germany, the explanation for this state of affairs is quite simple: the Obama administration has failed to control the border between the United States and Mexico. Relying on hyperbole and anecdotal evidence, Trump asserts that Mexico dominates the United States in trade negotiations and primarily sends across the border rapists and criminals such as Francisco Sanchez, the immigrant accused of killing Katherine Steinle in San Francisco. In a rather bizarre scenario, Trump seems to believe that the Mexican government makes decisions on which immigrants will be dispatched to the United States. And this from a government which continues to struggle in its war with the drug cartels and is unable to maintain drug kingpin Joaquin “El Chapo” Guzman in custody. Trump also seems to ignore a number of important facts such as evidence that the number of Mexicans illegally crossing the border declined in recent years due to the difficulties confronting the American economy. In addition, most immigrants from Mexico are not criminals, but rather they fit into the history of migrants to the United States seeking to improve their lot in life. Trump demonstrates little knowledge of American history or awareness that the American Southwest was seized from Mexico in a war of aggression initiated by President James K. Polk. The border was transformed by war rather than the will of the people living in the region.

Nevertheless, Trump has hit a nerve in his fear of the Mexican immigrant, and this insecurity is reminiscent of America’s response to the New Immigration from Southern and Eastern Europe during World War I and the 1920s. Prior to the First World War, there was certainly discrimination toward the Irish and Chinese, but overall a more open immigration policy was encouraged to provide the cheap labor supply that propelled industrialization of the United States. After World War I and the Bolshevik Revolution, however, there were concerns that immigrants from Southern and Eastern Europe were incapable of contributing to American democracy and might spread such alien doctrines as anarchism and communism. Fears of revolutionary violence were similar to contemporary anxieties regarding terrorism. Concern about terrorism is also often linked to the porous Mexican border, although in reality a terrorist is more likely to enter the United States through an American airport or the Canadian border. But fear is not usually based upon realistic threat appraisals. In the post-World War I period the belief that Southern and Eastern European immigrants constituted a danger to American society contributed to the Red Scare and Palmer Raids in which many immigrants were deported for suspected disloyalty. Italian anarchists Nicola Sacco and Bartolomeo Vanzetti were executed for a murder committed during an armed robbery in Massachusetts, where the trial was conducted during a period of anti-immigrant hysteria. The Ku Klux Klan expanded nationally during the terrorist organization’s second era; demonstrating opposition to Jews, Catholics, and the New Immigration in addition to protesting the Great Migration of Southern blacks to the North in pursuit of employment that culminated in race riots in Chicago, East St Louis, and Tulsa. Labor unrest in the textile mills, steel plants, and coal fields was suppressed amid concerns that communists were fostering the strikes by foreign workers who were not assimilating into American society. Finally, the Immigration Act of 1924 established nation-of-origin quotas based upon the 1890 census that assured lower allotments would be assigned to people from Southern and Eastern European nations.

While we do have militia groups organized along the border today, we have not degenerated to the levels of violence which characterized the anti-immigration hysteria of the 1920s. Nevertheless, Trump’s rhetoric still reflects the politics and popular culture of the 1920s, and the history of that decade should offer some pause about how we approach the immigration issue with Mexico. For this purpose, perhaps it is worth taking a brief look at popular journalist and novelist Kenneth Roberts’s 1922 book Why Europe Leaves Home. In addition to writing and serving as an editor for the popular middle-class publication the Saturday Evening Post, Roberts wrote historical fiction such as Northwest Passage (1937), focusing upon the French and Indian Wars, which was made into an adventure film featuring Spencer Tracy and Robert Young. Unfortunately, the writing of Roberts also reflected the prejudice of many readers as the author issued dire warnings regarding the threat posed by undesirable immigration—the same type of discrimination enunciated in the rants of Trump.

According to Roberts, residents of Eastern Europe would commit any crime, including murder, in order to reach the United States. Furthermore, the citizens of Southern and Eastern Europe had no experience with self-government and were susceptible to anarchist and revolutionary doctrines. But perhaps the greatest threat posed by the New Immigration was their failure to assimilate to American habits and customs. Roberts writes: “An ostrich could assimilate a croquet ball or cobblestone with about the same ease that Americans assimilated her newcomers from Central and Southeastern Europe.” Here Roberts demonstrates the concern of some contemporary Americans that when Mexican immigrants speak Spanish or wave the Mexican flag during a soccer game they exhibit allegiance to Mexico rather than their adopted country. Similar to Trump’s rhetoric regarding Mexico, Roberts also perceived the New Immigration as an economic threat to the American worker.

There is an interesting contradiction when it comes to describing the specter of immigrant labor. On the one hand, the immigrant is described as lazy and a drain upon educational and health resources who also pays no taxes—although certainly migrants to the United States pay excise and sales taxes. Yet, on the other hand, these laborers are depicted as so desperate that they will work for almost nothing and undermine American labor and wages. However, when the state of Alabama tried to deny all undocumented workers entrance into the state, farmers struggled to find enough workers to harvest the fields. Thus, the case against immigration from Mexico and Central America is often contradictory—finding them to be both lazy and harder workers than American citizens. As for Roberts, he concluded that the American standard of living was reduced by immigrants who “come to America and take jobs at low wages and then, in their determination to save money, crowd into wretched quarters and live in squalor and filth and darkness on a fraction of the money which an American workman might spend in order to live decently.”

The Saturday Evening Post editor also embraced the racism which infested American society in the 1920s and fostered the rise to national prominence of the Klan. Roberts bemoaned the loss of Nordic immigrants from whose “ranks have been recruited the world’s voluntary explorers, pioneers, sailors, and adventurers.” The Nordic race was being replaced by people of inferior stock who have “rushed to the spot where a stronger and hardier people have established successful enterprises, and by their low standards of living and willingness to subordinate everything to immediate gain, they have forced out the people who preceded them.” Roberts feared what he termed the “mongrelization” of Anglo-Saxon civilization through miscegenation with the inferior New Immigration. This type of thinking also encouraged the eugenics movement of the 1920s, and not even Trump has gone that far. Yet, his allegation that the Mexican government is sending rapists across the border certainly plays upon racial stereotypes that the Mexican “other” wants to attack white women whose purity must be defended. It is the same type of racist ideology that motivated D. W. Griffith’s infamous The Birth of a Nation (1915).

Nevertheless, Trump’s Republican rivals have been reluctant to denounce his racist depiction of the Mexican people; lest they offend their nativist supporters. But when Trump questioned the military heroism of former prisoner-of-war Senator John McCain, Trump's challengers were quick to censure his comments that could also be construed as critical of the American military. The failure to be equally critical of Trump’s ignorant musings on Mexican immigration may well cost the Republican Party dearly in the future as demographics indicate a growing Latino/a population that is increasingly drawn toward the Democratic Party despite the assertions by Trump that he will carry the Latino/a vote. Trump is a demagogue who caters to the worst strains of intolerance in American history regarding racial stereotypes and immigration policy.

Republicans might do well to remember another political lesson from the 1920s. The Republican administrations of Warren Harding, Calvin Coolidge, and Herbert Hoover did little to halt the intolerance against the New Immigration, and in the 1930s the Eastern European working class constituted an important element of the Franklin Roosevelt Democratic coalition until Ronald Reagan employed fears of affirmative action to make these ethnics “Reagan Democrats.” Republicans will face another long period in the political wilderness if they do not disassociate the party from the xenophobia of Donald Trump.