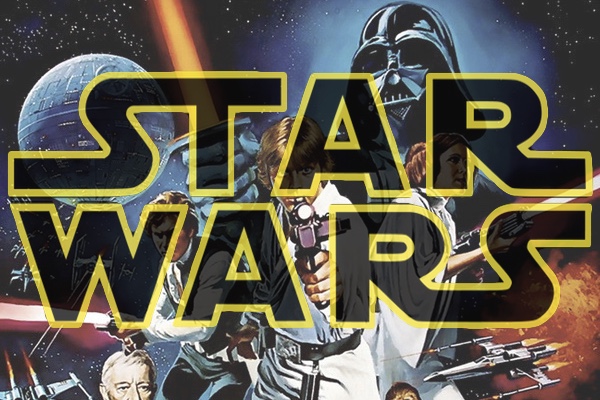 Does the Star Wars saga, with its mystical Force and good versus evil moral universe, owe more to the California Bay Area counterculture with which George Lucas often identified over the course of his career, or are its roots more deeply set in the rural, conservative Central Valley upbringing that shaped Lucas as a nerdy, bored youth? While biographers have looked to both regions as influences on the filmmaker and entrepreneur, and while Lucas has generally avoided associating himself publically with his hometown of Modesto until recently, a case can be made that Central Valley history and culture and the dynamic ways in which Lucas was shaped by those forces are important for understanding the influential space opera franchise which he created. Moreover, emphasizing his younger years in Modesto brings to light important biographic connections to Disney, the film and media empire which will presumably be the caretaker of Lucas’s creation well into this century.

Biographers of Lucas have noted the old-fashioned, working and middle-class values which were instilled in the Lucas family after their arrival in the Golden State. Lucas’s grandfather Walton Hood Lucas moved from Arkansas sometime at the turn of the 20th century and settled in the Fresno area for work in the Central California oil industry as a “roughneck.” Following his death in 1929, his son George Sr. moved from Merced to Modesto just at the beginning of the Great Depression and eventually became a partner in a local stationary business. By 1949 he was sole owner of the store, and his success was profiled in a Modesto Bee column two years later. The article extolled George Sr.’s drive and energy—“He is an example of that which can be accomplished by an energetic young business man who attends to his P’s and Q’s”—and also contains the first mention of his future billionaire son, George Jr.

The family work ethic and simple notions of right and wrong that carried them through hard times were eventually passed to the younger Lucas, who was born in Modesto in 1944. George Jr. was exposed to both Methodist and Lutheran churches while growing up as well as his father’s conservative political biases, which he described once as “annoying.” Writing before George Sr.’s death in 1991, biographer Dale Pollock reported in his classic 1983 book Skywalking, “Even now, when complemented on his son being invited to the White House to meet President Carter, George, Sr., growls, ‘If it had been anybody but Carter, we would have been a helluva lot prouder.’” Nevertheless, while the Force of Star Wars clearly draws upon Eastern spirituality and countercultural rhythms which resonated with Lucas by the 60s and 70s, its universal notions of good versus evil and personal responsibility also find inspiration in the Lucas family’s conservative Protestant, Central Valley roots. As Lucas told Pollock, "I wanted to make a kids' film that would strengthen contemporary mythology and introduce a kind of basic morality...Nobody's saying the very basic things; they're dealing in the abstract. Everybody's forgetting to tell the kids, 'Hey, this is right and this is wrong.'"

Lucas has also spoken of an idyllic, post-war California suburban environment as an influence on him during his Modesto years. Cultural memories of California as “suburban Eden,” which historian Kirse Granat May detailed in her book Golden State, Golden Youth: The California Image in Popular Culture, 1955-1966, were eventually reflected in his 1973 breakthrough film American Graffiti, an homage to the care-free mid-century boomer childhood that left deep impressions on Lucas as an artist. Yet it was the loneliness and boredom of rural California that fostered creativity in him well before the beginning of his film career. Lucas and childhood friend Mel Cellini were eventually recognized in the Modesto Bee for one of their attempts to escape and have fun when they created a newspaper for kids in 1955. According to the report, Cellini "contacted his friend Lucas and they decided to start publication. The two are good friends and whenever they work they do things together." Cellini and Lucas first called their creation The Daily Bugle, but later scaled back to The Weekly Bugle. They received assistance from George’s father, who paid delivery boys "half the cash they take in" (the rest was used for supplies), cut stencils, and ran his mimeograph machine to make copies.

Perhaps more important than highlighting the training that Lucas received from his businessman father, the Bee article mentions that the boys “carried Disneyland news” in their paper. They were far from alone in being fixated on the park in 1955. Followed by a major televised special the day before, Disneyland officially opened on July 18, 1955, offering wholesome family fun along with a solid dose of Cold War Americanism. As May notes, “By 1958, 4 million made the pilgrimage to the ‘paradise for kids’ every year, and over 40 percent of that total came from outside California.” Pollock argued that Disneyland helped inspire Lucas personally and creatively (the family made the first of numerous trips to the park in the opening year). "The sense of thrill engendered by Disneyland has never deserted Lucas," wrote Pollock. "It stayed buried deep inside him, emerging later on film. Disneyland was a fixture of his youth; as he grew older and became interested in cars, the winding model-car ride Autopia became his favorite." It may have seemed like a far away world for a wondering boy from the Central Valley, but the park's popularity and relatively close proximity to Modesto helped ensure a place for it in Lucas's artistic energies.

The Captain Eo attraction, featuring pop star Michael Jackson in a Lucas-produced film, opened in Anaheim in 1986, followed by the Star Tours ride the next year. As we now know, this was just the beginning of the Lucas-Disney relationship, a pop cultural kinship that began in the pages of a kid’s newspaper, in a valley not far, far away.