Why Is New York Missing a Golden Opportunity to Draw Attention to Its Role in the Revolutionary War?

Dr. Bruce Dearstyne is a historian in Albany, NY. His most recent book, The Spirit of New York: Defining Events in the Empire State's History, was published in 2015 by SUNY Press. 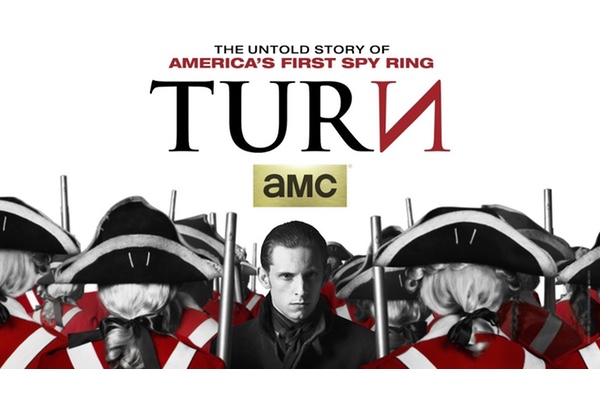 The main setting is Setauket on Long Island's North Shore and New York City, with a few scenes in northern New Jersey, southern Connecticut, and Philadelphia. The central character is a Setauket farmer named Abraham Woodhull, who works with a network of friends to gather information for General George Washintgon on British troop movements and plans in New York City and Long Island. This season, some of the attention with shift upstate with an account of traitor American general Benedict Arnold's plans to turn over the fort at West Point to the British.

"TURN" draws on the non-fiction book "Washington's Spies" by Alexander Rose. It is entertaining, exciting, dramatic fictionalized history. People betray each other, feign loyalty to one side while spying for the other, and change sides. Furtive spies meet in the woods at night to hand off coded documents with vital information.. People on the same side of the contest sometimes fight sometimes squabble among themselves, e.g., Queen's Rangers sparring with regular British troops.

Most of the history was made in New York. But the series was produced and filmed entirely in Virginia and Virginia is using it to call attention to its own history and heritage tourism. 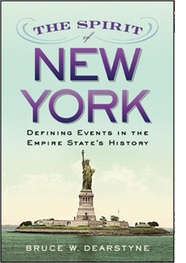 Thomas Jefferson's boyhood home, Tuckahoe, is a stand-in for the Long Island mansion of Judge Richard Woodhull, the hero's father. Shirley Plantation on Virginia's James River is represented as the Setauket home of Anna Strong, Abraham's former fiancee and a member of the spy ring. Patrick Henry's homestead was used to represent still another 18th century Long Island site.

Streets in Petersburg and other Virginia towns, given an 18th century appearance by the film's technicians, are surrogates for Setauket and New York City. The rolling hills of rural Virginia are presented as 18th-century Long Island countryside.

The show's production company leased a large warehouse in Richmond, where many of the interior sets were built and filmed. Long Island Sound and other local scenes were digitally created.

Craig Silverstein, one of the show's producers, recalled that when the film's production crew returned to Los Angeles after completing the pilot three years ago, a staffer working on post-production said, " 'I'm really glad you guys shot on Long Island!' And he was from Long Island — so we fooled an actual Long Islander!"

New York, often reticent about its own history, is passing on the opportunity to capitalize on "TURN." New York's "Path Through History" heritage tourism office does not mention "TURN" or invite people to visit the actual New York sites where the events in the series happened.

By contrast, the Virginia tourism office has been promoting the series as part of its very proactive heritage tourism campaign. Visitors to Virginia are invited to travel along the "TURN Spy Trail" -- the filming sites in Virginia, not the sites where the history actually unfolded. It's part of Virginia's robust campaign to draw visitors to its Revolutionary war sites and tout its central role in the war.

New York's heritage tourism office might have sponsored ads during the commercial breaks in "TURN" to showcase Long Island's role in the Revolution and New York's Revolutionary War history, including the decisive battle of Saratoga in 1777, an American victory that was the turning point in the war. But there have been no New York ads since the series began a couple of years ago. Instead, the Virginia tourism office is sponsoring ads urging people to come to Virginia and tour its historic sites. "Make this vacation one for the books," said an ad in the April 25 debut. "It's your TURN to make history!"

Virginia governor Terry McAuliffe will make a cameo appearance in the June 6 episode as Virginia general Richard Lawson visiting General George Washington's camp. “I’m a huge advocate of our film industry here, and it’s a huge economic impact, with direct spending of about $25 million a year,” said the governor, who was filmed in costume near his Richmond office last January. He told reporters he is pushing for production of a fourth season of "TURN" in Virginia.

New York's governor Andrew Cuomo is not in the show.

The New York historical community has not expressed interest in TURN, with the exception of the Three Village Historical Society in Setauket which has an exhibit on the actual spy ring.

"TURN" is terrific entertainment. History-minded, entrepreneurial Virginia is using what is essentially a piece of New York history to tout Virginia's role in the Revolution, expand its heritage tourism, and boost the state's economy through the production company's spending in the state. Why isn’t New York?