Dead Shot Mary: A Woman Cop in the Great Depression 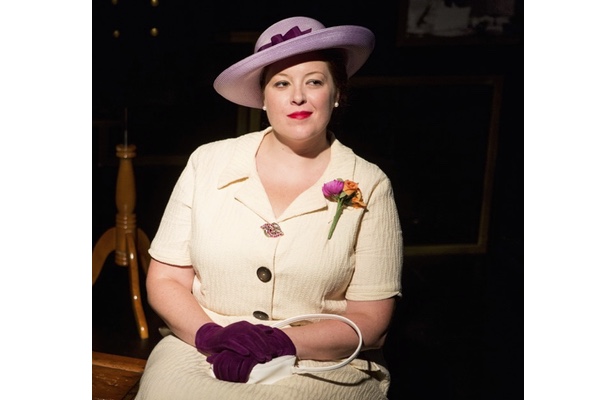 Mary Shanley, nicknamed “Dead Shot Mary” for her frequent use of a gun while on the job as a New York City detective in the 1930s, only the fourth woman in the detective squad, was a media  superstar. There were dozens of articles written about her in tabloid newspapers and her photo, usually large, frequently accompanied them. She worked on the force for nearly thirty years and made over 1,000 arrests, a staggering number.

Playwright Robert Benson stumbled across her story while working on another project and was intrigued. So he wrote a one woman play, Dead Shot Mary, that opened last week at the Bridge Theater, 244 W. 54th Street, in New York. It is an informative and highly educational work about the NYPD in the 1930s, when New York was overrun with pickpockets and Mafioso.

The first fifteen minutes or so of the play are really dreary, though, and the story moves along at a snail’s pace. It picks up nicely, however, as the star of the show, actress Rachel McPhee, probes Mary’s personal life and the string of calamities that befell her. Dead Shot Mary then becomes a sad story about a woman working in a man’s world and the problems that can bring and a woman who made her mark in professional life but certainly missed her mark in her personal life.

McPhee, who bears a remarkable resemblance to the real woman cop, is rather wooden and uninteresting in the beginning of the play, and at times over acts, but she grows over the course of the drama and during the second half becomes the very emotional center of a heartbreaking story of a woman who gave everything she had to protect the residents of New York but found little happiness herself.

Mary Shanley never married and there are allusions to failed love affairs with both men and woman, and a very funny series of scenes with her beloved dog, Jiggs. The dog becomes her son, really, and she complains to him, and the audience, about her personal failings.

Shanley was a highly regarded detective (there are numerous photos of the real Shanley on the walls of the set) who was assigned to undercover work in a large division of cops who chased the thousands of pickpockets who preyed on New Yorkers during the Depression. She dressed like every other woman and sported a snappy hat and hid her revolver in her purse. She had her good days and bad ones and nearly ended her career abruptly by doing something really stupid.

Benson showcases her as an ordinary woman, too, and does not pretend that she is television’s Cagney and Lacey.

The story is tragic. She never found love and turned to bottles of liquor, apparently lots of bottles, for friendship. Slowly, over thirty years, she became a very bored woman with few friends and, she realized, not much of a future in the NYPD.

You learn a lot of history about the police through Mary’s story, including the fact that the first women cops were hired in 1918 to replace men who left the force to go into the army in World War I. Later, in the 1920s, some more women were added and several promoted to detective.

By the middle of the play, McPhee does a fine job of portraying the lady cop. Some of her bits are very funny and some very heart wrenching. Director Stephen Kaliski has her come across as a devoted detective who succeeds on the job but pretty much fails in life. You feel badly for her but you realize that whatever hardships she endured paved the way for all of the about 12,000 women cops, hardworking and skilled women cops, who work in the NYPD today (34% of the force) and on police forces all over America.

It’s a pretty good show and a nice look at history, despite a slow start.