Dean Snow is Professor Emeritus of Anthropology at Penn State University and past president of the Society for American Archaeology. His latest book is 1777: Tipping Point at Saratoga (Oxford University Press, 2016). 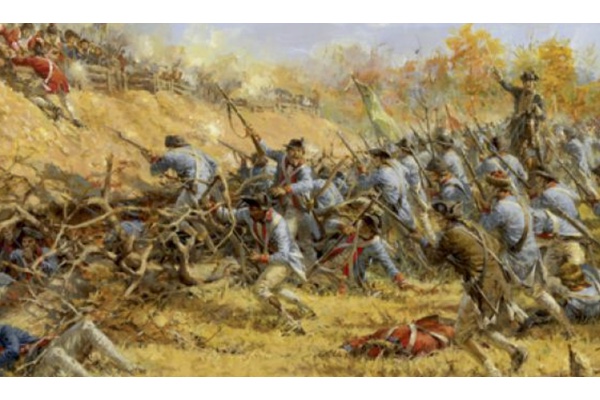 My wife, Jan, often voices a common complaint about historical writing. There is too much focus on dates and times that defy memory, too many forgettable names, and abstract discussion that is too remote from ordinary experience. Thus the style of much historical writing that ensures books will be read by other historians too often fails to attract a broader readership. 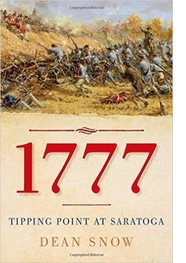 Jan also agrees that my father used to tell great stories. The fact that they were heavily embroidered stories, some of them quite creative, did not detract from their entertainment value. So entertaining were they that my daughter Kate once interviewed my father for a feature on television. It is no surprise to me that Jan prefers biographies to standard histories; everybody has a story, and the best stories are told at a personal scale.

As a professional archaeologist for the last half century, I have had opportunities to do research on both prehistoric and historic subjects. While I am not a professional historian, my work in historical archaeology has led me to work closely with many that are. Some of my closest colleagues have been historians working the same middle ground of American history and native ethnohistory that I have worked.

A phone call from the National Park Service in the years leading up to our national bicentennial celebrations drew me deeper into historical archaeology. I agreed to conduct an archaeological project to explore some unresolved questions about what had transpired on the Saratoga Battlefield in 1777. At the time, I found, as young scholars often do, the challenge of a small budget and very difficult logistics to be irresistible. Nobody expected much success, which made the promise of even a little of it wonderful to contemplate.

Archaeological evidence at Saratoga supported some things we already thought we knew, disproved some others, and raised new questions that could only be answered through further research. All of this was very dependent upon scattered published and unpublished documentation, journals, letters, diaries, and official documents related to the Anglo-German army commanded by Lieutenant-General John Burgoyne, and the American Northern Army commanded by Horatio Gates. I made required reporting deadlines, but finding all of the documents that eventually would more fully inform my archaeological research took me many more years. Nearly forty years later I was finally ready to write an archaeologist’s history of the tipping point of the American War of Independence.

My new book on the crucial events at Saratoga in 1777 tells the story in a way that my father would like. It is not just about what commanders, their staffs, and their superiors thought and did. It is not just about grand strategy, or major tactical decisions. It is not about congressional politics or other contests of leadership. It is about the history of men and women who played out the tragedy of battle.

Fortunately for me, eminent historians have already written more traditional histories of the Saratoga Campaign, covering the whole of it in depth and at large scale. John Luzader and Richard Ketchum offer just two recent examples, and they are fine works. Their books freed me to concentrate on writing a more intimate story of what happened over the course of just thirty-two autumn days on a small patch of upstate New York.

Archaeologists tend to be detail people and compulsive about record keeping. Part of that is because we are mindful that our work sometimes destroys at least portions of the archaeological record. Another part of it is that excavations work best at small scales. We are also detail people because we see the details left by the lives of people long gone. Thus uncovering a uniform button or a broken smoking pipe is less intimate than reading a soldier’s letter to his girlfriend only because it is anonymous.

The anonymity of most of my archaeological data does not turn nonfiction into fiction. Nor does it render lives less interesting merely because we do not know names. We found the anonymous buried remains of a small elderly woman just inside a British redoubt. She was clearly a battle casualty of the fighting on the afternoon of October 7, 1777. Who was she? What was she doing there? Who shot her? Her name is now unknowable, but still these questions can be answered. There were over two hundred women travelling with the British army, many of them the wives of noncommissioned officers. She was killed by musket loads known to have been used by Americans that day. She was probably helping the men struggling to hold their position against a ferocious American attack. Her death was instantaneous.

The story of that woman is as intimate and engaging to me as the war stories told by the old veterans I knew as a boy, despite her anonymity. It is personal in the same ways that most people recount what they know about the past. When I wrote 1777 I tried to tell it a way the old veterans of Saratoga would want it to be told, day by day, sometimes hour by hour. By the time the men and women of Saratoga were old, time had softened the sharp edges of their wartime experience. Like many of the World War II veterans I have known, they would be able to talk about it now if they still lived.

Friendships between erstwhile enemies were being created at Saratoga even as the commanding officers negotiated surrender terms. Two Irish brothers who had unknowingly been on opposing sides at Saratoga fell into each other’s arms in the middle of a cold stream. A distinguished British officer was later killed in a duel back home after another officer said insulting things about Americans at a dinner party. To write history that passes over such personal accounts can too often miss telling the fundamental truth that all war is tragedy.