Allan J. Lichtman teaches history at American University in Washington, D.C. He is a regular political analyst for CNN Headline News and also provides political commentary for every other network and cable channel. He is the author of White Protestant Nation: The Rise of the American Conservative Movement. The latest edition of his book, Predicting the Next President: The Keys to the White House, was recently published by Rowman & Littlefield Publishers. 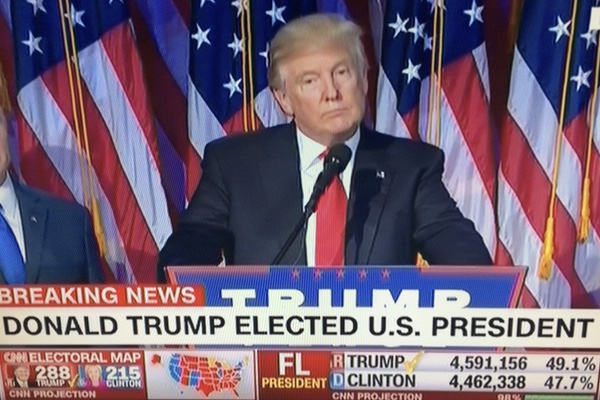 The pundits have been quick to blame Hillary Clinton for her defeat in America’s presidential election. Per the new conventional wisdom, Clinton lacked inspirational qualities. She ran a too tightly controlled and defensive campaign. She failed to develop a coherent theme for her candidacy. She committed a major gaffe by calling half of Donald Trump’s supporters “deplorables.” 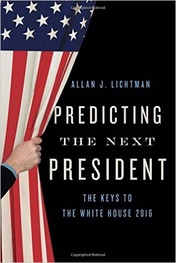 This commentary is meaningless after-the-fact rationalization that should not be taken seriously. Just 24 hours earlier, these same pundits were informing the world that Hillary Clinton was poised to complete a historic victory as the first woman to be elected president of the United States. Clinton and her campaign did not suddenly change overnight. It was the same candidate and the same campaign that the commentators previously anointed as near-certain winners.

The pundits twisted themselves into pretzels to justify why what they assured us would happen – a Clinton victory – had not happened. The Clinton blame game provided an easy substitute for hard thinking about how presidential elections work. It is impossible to prove an after-the-fact explanation that Clinton engineered her own defeat and a broader disaster for the Democratic Party.

Using my prediction system, the Keys to the White House, I first predicted a Trump victory in a Washington Post interview on September 23 and two days later in an op ed on HNN. Then I doubled-down on that prediction on October 28, just before the release of the letter from FBI Director James Comey on possibly new relevant Clinton emails.

The Keys uncovered the fundamental problems facing Democrats in their effort to win a third consecutive term in the White House. These included grievous losses in the midterm elections of 2014, a divisive primary contest, the lack of a major domestic policy accomplishment or foreign policy triumph in President Barack Obama’s second term.

This superficial assault on the Clinton candidacy creates the illusion that the Democratic Party can rescue itself from near oblivion by finding its own Donald Trump facsimile: the man on a white horse who can lead their party to victory. After their 2016 triumph, the opposition Republicans control the White House, the U. S. Senate and House, and most state governments. Once sworn in as president, Trump will break the deadlock on the Supreme Court and ensure Republican control of the judiciary for the next generation at least. In effect, the Democrats have become a shadow party in America.

The eight years of the Obama presidency may be largely erased from history. Republicans have promised to repeal the Affordable Care Act and weaken the regulation of business. They would reverse the progress that Obama has made in combatting climate change and repudiate his executive orders on immigration, the environment, gun control, and minimum wages. As for the Supreme Court, a reminder is in order. President John Adams served four years in office and his Federalist Party subsequently unraveled. Yet his appointee John Marshall reigned as Chief Justice for more than 30 years and put the imprint of Federalist principles firmly on the U. S. Constitution.

A rebuilding Democratic Party cannot play the pundit’s blame game. The party must offer a progressive alternative to the Republicans that speaks directly to the needs of ordinary Americans, irrespective of race. Bernie Sanders provided a blueprint during the primary campaign with a focus on the transformation to new green economy and on rectifying America’s yawning disparities in wealth and income. However, the Democratic Party cannot follow Sanders down the rat hole of protectionism.

To the great detriment of his party, Senator Sanders has somehow transformed protectionism from an icon of America’s right-wing icon into a “progressive” panacea. In fact, the Democrats can never beat their opponents on the issue of trade, which favored Donald Trump in this year’s campaign. Sanders claimed that free trade agreements have cost the jobs of many Americans, because U. S. businesses can’t compete with low-wage operations abroad. Yet there is little or no concrete proof that free trade agreements cost Americans substantial numbers of jobs. But a return to protectionism would mean much higher prices for consumer goods, with working class Americans feeling the most pain.

Although economists rarely agree on anything, the clear majority affirm that on balance free trade is good for the American economy. A 2006 survey of American Ph.D. economists published in The Economist’s Voice, found that, “the overwhelming majority (87.5%) agree that the U.S. should eliminate remaining tariffs and other barriers to trade.”

In truth, the future of American jobs lies not in protectionism, but in the transformation from a fossil fuel economy to the new economy of the future, based on clean, renewable sources of energy. The old smokestack and mining jobs are not coming back to America. Companies scarcely need coal miners anymore; they just blow off the tops of mountains to get at the coal.

The rebuilding of America’s infrastructure offers additional prospects for job creation. Infrastructure repair was a major focus of President Obama’s stimulus package, which many Republicans opposed. Somehow, Democrats have let Donald Trump seize this issue for himself, even though he remarkably proposes to spend vast sums on infrastructure while also cutting taxes, expanding the military, and reducing the deficit. However, Republican opposition to Trump’s program may give Democrats an opportunity to retake the initiative on job-creating infrastructure projects.

As part of its rebuilding, the Democratic Party needs to rededicate itself to grassroots organizing. The party supposedly had a superior organization on the ground in 2016. But the Democrats failed to deliver the kind of turnout they needed at least in part because its ground game emanated from the top down. The widespread anger and protests among its base voters in the wake of Trump’s victory provides an opening for lasting bottom-up organizing.

The Democratic Party has in the past risen from the ashes. In the 1920s, the Republicans controlled the national government and nearly every state government outside the south. The tide turned after the Great Crash of 1929 began the nation’s longest and deepest depression. However, the Depression by itself did not revive the Democratic Party. Franklin Roosevelt’s liberal new deal reforms that gave hope and benefits to ordinary Americans and a grassroots base in the burgeoning union movement completed a realignment that led to Democrats winning all but two presidential elections from 1932 to 1964, and controlling Congress for all but four of these years. Only another New Deal will rescue the Democratic Party from near oblivion. It need not take another Great Depression to initiate a new era of progressive change.