John Tutino is professor of history and international affairs and director of the Americas Initiative at Georgetown University. His books include The Mexican Heartland: How Communities Shaped Capitalism, a Nation, and World History, 1500-2000 and From Insurrection to Revolution in Mexico: Social Bases of Agrarian Violence, 1750–1940. This article is cross-posted with the blog at Princeton University Press. 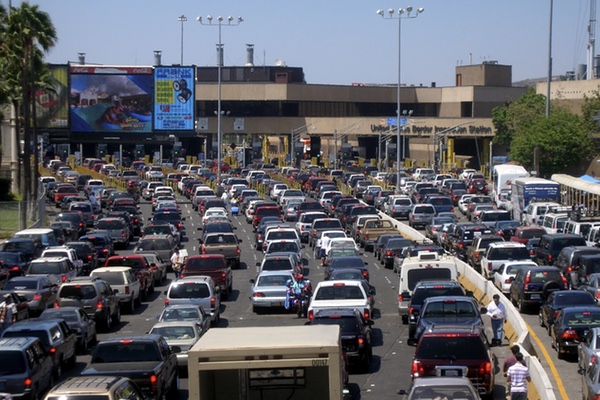 The San Ysidro border crossing between San Diego and Tijuana - By UpstateNYer - Own work, CC BY-SA 3.0

Mexico and Mexicans are in the news these days. The Trump administration demands a wall to keep Mexicans out of “America,” insisting that undocumented immigrants cause unemployment, low wages, and worse north of the border. It presses a renegotiation of the North American Free Trade Agreement, claiming to defend U.S. workers from the pernicious impacts of a deal said to favor Mexico and its people. Meanwhile U.S. businesses (from autos to agriculture) work to keep the gains they have made in decades of profitable cross-border production and marketing. Their lobbying highlights the profits they make employing Mexicans who earn little (at home and in the U.S.), and by their efforts subsidize U.S. businesses and consumers. 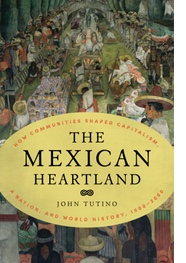 The integration of Mexico and the U.S., their workers and markets, is pivotal to U.S. power, yet problematic to many U.S. voters who feel prejudiced in a world of globalizing capitalism and buy into stereotypes that proclaim invasive Mexicans the cause of so many problems. Analysts of diverse views, including many scholars, often imagine that this all began in the 1990s with NAFTA. A historical survey, however, shows that the integration of North America’s economies began with the U.S. taking rich lands from Texas to California by war in the 1840s, driving the border south to its current location. U.S. capitalists led a westward expansion and turned south to rule railroads, mining, petroleum, and more in Mexico before 1910—while Mexican migrants went north to build railroads, harvest crops, and supply cities in lands once Mexican. The revolution that followed in part reacted to U.S. economic power; its disruptions sent more Mexicans north to work. While Mexico struggled toward national development in the 1920s, displaced families still moved north. When depression stalled the U.S. economy in the 1930s, Mexicans (including many born U.S. citizens) were expelled south. When World War II stimulated both North American economies, the nations contracted to draw Mexican men north to work as braceros. Mexico’s “miracle” growth after 1950 relied on U.S. models, capital, and labor-saving technology—and never created enough work to curtail migrant flows. The Mexican oil boom of the 1970s tapped U.S. funds, aiming to bring down OPEC oil prices to favor U.S. hegemony in a Cold-War world. By the 1980s the U.S. gained cheaper oil, helping re-start its economy. In the same decade, falling oil prices set off a debt fueled depression in Mexico that drove more people north. NAFTA, another Mexican collapse, and soaring migration followed in the 1990s. The history of life and work across the U.S.-Mexican border is long and complex. Through twists and turns it shaped modern Mexico while drawing profits, produce, and Mexicans to the U.S.

The Mexican Heartland takes a long view to explore how communities around Mexico City sustained, shaped, and at times challenged capitalism from its sixteenth century origins to our globalizing times. From the 1550s they fed an economy that sent silver, then the world’s primary money, to fuel trades that linked China, South Asia, Europe, and Africa—before British America began. By the eighteenth century, Mexico City was the richest place in the Americas, financing mines and global trade, sustained by people living in landed communities and laboring at commercial estates. It’s merchant-financiers and landed oligarchs were the richest men in the Americas while the coastal colonies of British America drew small profits sending tobacco to Europe and food to Caribbean plantations (the other American engines of early capitalism).

Then, imperial wars mixed with revolutionary risings to bring a world of change: North American merchants and slave holders escaped British rule after 1776, founding the United States; slaves in Saint Domingue took arms, claimed freedom, destroyed sugar plantations, and ended French rule, making Haiti by 1804; insurgents north of Mexico City took down silver capitalism and Spain’s empire after 1810, founding Mexico in 1821. Amid those conflicts, Britain forged a new industrial world while the U.S. began a rise to continental hegemony, taking lands from native peoples and Mexico to expand cotton and slavery, gain gold and silver, and settle European migrants. Meanwhile, Mexicans struggled to make a nation in a reduced territory while searching for a new economy.

The Mexican Heartland explores how families built lives within capitalism before and after the U.S. rose to power. They sought the best they could get from economies made and remade to profit the few. Grounded in landed communities sanctioned by Spain’s empire, they provided produce and labor to carry silver capitalism. When nineteenth-century liberals denied community land rights, villagers pushed back in long struggles. When land became scarce as new machines curtailed work and income, they joined Zapata in revolution after 1910. They gained land, rebuilt communities, and carried a national development project. Then after 1950, medical capitalism delivered antibiotics that fueled a population explosion while “green revolution” agriculture profited by expanding harvests while making work and income scarce. People without land or work thronged to burgeoning cities and across the border into the U.S., searching for new ways to survive, sustain families, and re-create communities.

Now, Mexicans’ continuing search for sustainable lives and sustaining communities is proclaimed an assault on U.S. power and prosperity. Such claims distract us from the myriad ways that Mexicans feed the profits of global corporations, the prosperity of the U.S. economy, and the comforts of many consumers. Mexicans’ efforts to sustain families and communities have long benefitted capitalism, even as they periodically challenged capitalists and their political allies to keep promises of shared prosperity. Yet many in the U.S. blame Mexico and Mexicans for the insecurities, inequities, and scarce opportunities that mark too many lives under urbanizing global capitalism.

Can a wall solve problems of dependence and insecurity pervasive on both sides of the border? Or would it lock in inequities and turn neighboring nations proclaiming shared democratic values into ever more coercive police states? Can we dream that those who proclaim the liberating good of democratic capitalism may allow people across North America to pursue secure sustenance, build sustaining communities, and moderate soaring inequities? Such questions define our times and will shape our future. The historic struggles of Mexican communities illuminate the challenges we face—and reveal the power of people who persevere.