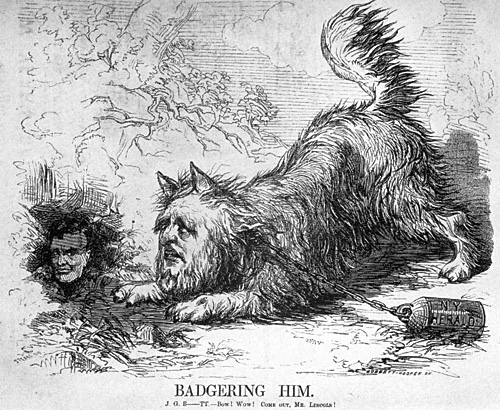 New York City Mayor Bill de Blasio finally announced the recommendations of his Mayoral Advisory Commission on City Art, Monuments and Markers. The statue of Christopher Columbus remains at Columbus Circle, but markers will be added explaining the impact of the Columbian Exchange on indigenous people.

The statue of James Marion Sims at 103rd Street and 5th Avenue will be removed to his burial site in Brooklyn at Greenwood Cemetery. In the 1840s Sims conducted experimental gynecological surgery on enslaved African women in the South. Unfortunately everything else stays the same and it looks like issues raised at public hearings conducted by the commission will pass into the historical dustbin.

The statue of Sam Cox, who argued against the amendment to end slavery, remains in Tompkins Square Park. Mullaly Park in the Bronx will still be named after the newspaper editor who was accused of inciting anti-Black riots during the Civil War. While busy debating Columbus, the Commission and Mayor ignored streets in the city named after Andrew Jackson, who was a slaveholder and who committed genocide against native people in the Southeastern United States both before and during his presidency.

There are also streets on a military base in Brooklyn named after “Stonewall” Jackson and Robert E. Lee, who fought for the South during the Civil War in defense of slavery. Herald Square in mid-town Manhattan, which is technically a city park, is definitely another place name that should be changed.

Tony Bennett sang about “Christmas in Herald Square” with roasting chestnuts and sidewalk Santas. The George M. Cohan/ Al Jolson song “Give My Regards to Broadway” opens by asking listeners to “remember me to Herald Square.” But the intersection of Broadway and 34th Street in Manhattan is probably best known today as the location of R. H. Macy’s flagship store and the end point of the nationally televised Macy’s Thanksgiving Day parade. Why would anyone want to change the name of this iconic location?

Herald Square is named for the 19th century and early twentieth century newspaper, the New York Herald that had offices there between 34th and 35th streets. The New York Herald was founded by James Gordon Bennett in 1835. The Herald building was constructed in 1894 and demolished in 1921. The newspaper merged with its rival New York Tribune in 1924. A large bronze monument to Minerva, the Roman Goddess of war and wisdom, was originally located on the roof of the Herald building. It was reinstalled along with a giant clock and two bell-ringing blacksmiths and in the city-owned square in 1940.

Unfortunately James Gordon Bennett Sr. and the Herald, honored by the square and monument, were incredibly dishonorable during the American Civil War. The Herald, with the largestcirculation in the country, was virulently anti-Lincoln and freely used racist language. In June 1863 the Herald supported a mass anti-war rally at Cooper Hall in New York City where the war was denounced as an unconstitutional crusade that would lead to freed Blacks flooding North and competing for white jobs (Gotham, 1999: 886). In July 1863 the anti-war crowds coalesced into anti-draft mobs that rioted for three days. Over 100 people were killed including at least 11 Blacks who were lynched by the rioters.

The August 23, 1863 issue of the Herald predicted that the Republican Party would eventually nominate and unite behind Lincoln when it realized he was the person “predestined and foreordained by Providence to carry on the war, free the niggers, and give all of the faithful a share of the spoils.” Then on October 7, 1863, the Herald described the Ohio gubernatorial election as a battle to decide, “whether the copperheads or the niggerheads are more obnoxious to the great conservative body of the people.”

During the lead up to the 1864 Presidential election the New York City “Democratic” press continued to viciously attack Lincoln. On February 19, 1864, in a Herald editorial, James Gordon Bennett Sr. wrote that Lincoln “is a joke incarnated. His election was a very sorry joke. The idea that such a man as he should be President of such a country as this is a very ridiculous joke.”

On August 6, 1864, the Herald accused Lincoln, for pushing for victory in the Civil War and for issuing the Emancipation Proclamation, of “arrogance, ignorance, usurpation, knavery and a host of other deadly sins, including that of hostility to the rights of humanity and to the principles of republican government” (Waugh, Reelecting Lincoln, 261).

New York City was also the center of important abolitionist groups during the Civil War. They should be honored and remembered instead of Bennett and the Herald. Just south of 34th street is Greeley Square, named for the editor of the New York Tribune who was an active abolitionist. One possibility is consolidation and renaming a combined public park after him.

Another possibility is renaming the entire area Freedom Square and dedicating it to all who fought to end slavery and racism in the United States and for justice and equality. I like that idea best.

“Give my regards to Broadway, remember me at Freedom Square.”