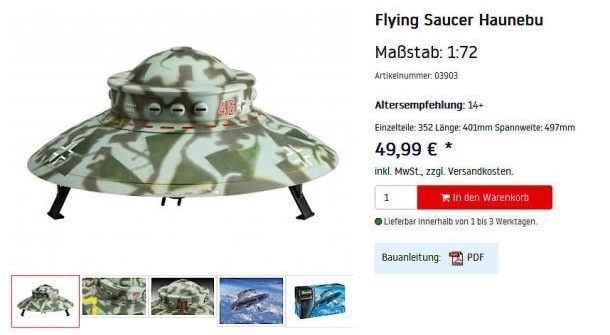 A German toy manufacturer has pulled one of its products from shelves, because it was supposedly teaching children that Nazis mastered space travel.

Revell—which is based in North Rhine-Westphalia in Germany—sold the “round aircraft,” which stated in its product description that it was “the first object in the world capable of flying in space.” According to thelocal.de, the Military History Museum and German Children’s Protection Association had complained that the toy was historically inaccurate.

According to the product box, the ship can reach speeds of 6,000 km per hour (3,728 miles per hour) and was not built beyond the test phase because of World War II. The toy even featured symbols from the Third Reich.