The Dangers of Dunking on Dinesh D’Souza

Adam Laats is Professor of Education at Binghamton University (SUNY). He is the author of Fundamentalist U (Oxford UP, 2018) and The Other School Reformers (Harvard UP, 2015). Twitter: @AdamLaats Blog: I Love You but You’re Going to Hell.

It feels incredibly satisfying. When academic historians such as Princeton’s Kevin Kruse dismantle the partisan misstatements of pundits like Dinesh D’Souza, it gives the rest of us a glimmer of hope. In the process, though, historians should heed two lessons from another culture-war battleground.

Prof. Kruse’s work in this arena took off last summer. Conservative pundit Dinesh D’Souza trotted out his well-worn historical argument that Republicans were the party of racial justice, while Democrats represented white supremacy. Prof. Kruse took up the question on Twitter, laying out in readable, utterly convincing fashion the historical realities. 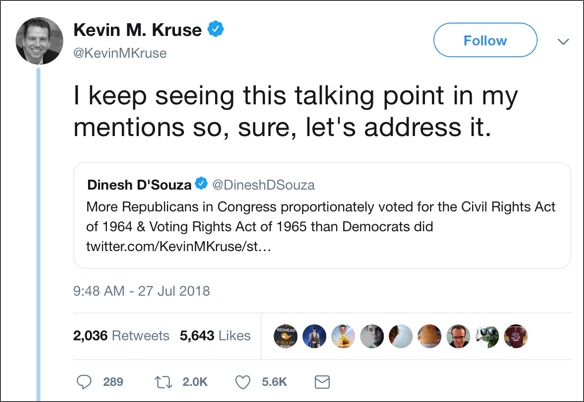 It was a powerful demonstration of the possibilities of Twitter and social media to engage with wider publics about sensitive culture-war issues. As Prof. Kruse pointed out, it was also incredibly popular. As he wrote, “dunking on D'Souza doubled my following from 80k to 160k.” As the history of our creationism culture wars has shown, however, there are dangers in dunking on D’Souza.

First and foremost, we have to guard against complacency. It’s too easy to think that Prof. Kruse has settled this matter once and for all. It’s tempting to conclude that the historical realities of racism and partisan loyalty have been conclusively proven to any reasonable observer. Tempting, but wrong. The things that we find convincing often have no influence outside of our own charmed circles of Kevin Kruse fans. Indeed, they often have the opposite effect. 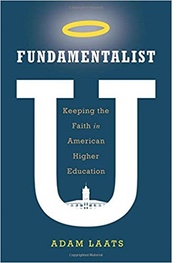 Consider the example of the all-time ultimate culture-war dunk. In response to creationists’ claims that lots of scientists opposed the central ideas of evolutionary theory, the National Center for Science Education began compiling a list of scientists just named Steve who endorsed them. At the latest count, Project Steve includes 1,432 scientist Steves in favor of evolution.

It would be comforting to think that this display of overwhelming scientific support for evolutionary theory would deflate creationists’ claims, but unfortunately that has not been the case. At least according to Gallup polls, over a third of Americans still prefer a radical young-earth creationist explanation of our species’ origins.

Even worse, public shaming of pundits like D’Souza can have a surprising backlash effect. As Prof. Kruse noted recently, instead of acknowledging the plain historical truth, D’Souza now positively brags about the opposition he gets from historians like Kruse. In a speech at Liberty University, for example, D’Souza denounced Kruse’s dunk as a “flat-out progressive fiction . . . promoted by really smart people who know better but are willing to lie for their cause.”

In fields such as biology and geology, our academic colleagues are painfully aware of the potential power of this kind of victim-posturing. For decades now, radical young-earth creationists have not folded in the face of humiliating dunks at the hands of mainstream scientists. For instance, arch-creationist Ray Comfort has taken to publicizing the scorn and contumely he has received from the likes of Oxford’s Richard Dawkins.

In a new film, Comfort asks, “what are you supposed to do . . . when you become the laughing stock of atheists worldwide? Welcome to my world.” Instead of acknowledging the scientific ridiculousness of his infamous “banana” argument, Comfort spreads the word far and wide that he has become a punchline among academic scientists. He promises his creationist followers that he can equip them with arguments that will protect them against assaults from reason and science. With the tools in his new film, Comfort tells his followers they need “never fear looking foolish again.” Instead of giving in to the superior arguments and evidence of mainstream scientists, radical creationists use those arguments as evidence of their own creationist superiority. And it works.

In the field of history, too, pundits who abuse the historical record to make culture-war points will not fold in the face of superior historical arguments. Rather, they will use those arguments as proof that they are truly on the side of the angels—that pointy-headed academics are lying and scheming to make them look foolish.

Does any of this mean that dunking on D’Souza is not a worthwhile activity for historians? Not at all. Prof. Kruse and his allies have demonstrated how academics can communicate clearly and powerfully far beyond their books and lecture halls. If the history of creationism is any guide, however, historians need to be humble about our assumptions. Not only do our best and brightest arguments often fail to convince the unconvinced, but the other side will use their own humiliation as further proof that they are in the right.