Throwing Away the “Electability” Argument

Matthew Crawford is an intern at HNN and a current sophomore at the George Washington University. 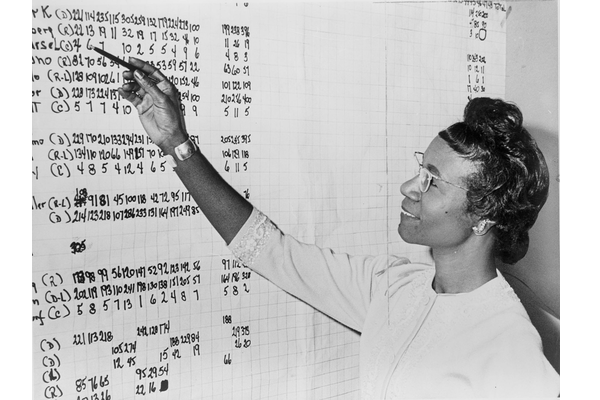 As the Democratic primary heats up, political commentators continue to analyze candidates through the same lens: electability. Many political analysts ask, could a woman be electable? Articles such as Democrats are prioritizing “electability” in 2020. That’s a coded term, Has Elizabeth Warren broken the electability ceiling?, Could a woman beat Trump? Democrats worry – and hope analyze electability and the many angles with which we look at female and minority candidates.

Many authors focus on Elizabeth Warren, who is now the perceived frontrunner in the race. Although she’s risen in the polls, people continue to assert she isn’t electable. For example, the LA Times recently published an op-ed entitled Electability matters. Nominating Elizabeth Warren would be a mistake. This media angle has two problems. First, it ignores the lasting impact politicians and activists have made from beyond the White House. Second, history suggests non-white males are more electable than we think.

Women and minorities have run for the highest office in the land way before Hilary Clinton and Barack Obama battled each other for the 2008 Democratic presidential nomination. Shirley Chisholm, the first African American woman elected to Congress, ran for President in 1972 and further made history as the first black person to seek the presidential nomination from one of the two major parties.

Under the slogan “Unbought and Unbossed,” Chisholm ran as an unabashed advocate for poor, inner-city residents. Displaying the tension within the Democratic party, one of her opponents was infamous segregationist George Wallace. Many people were wary of her campaign, believing that she was unable to defeat Nixon in the ’72 election because she was a black woman. Chisholm attracted strong support from black women but failed to garner much support from black men or white women. Many of them supported Sen. George McGovern because he was viewed as more likely to defeat Nixon.

She ended up winning only the Democratic primary in New Jersey, but she was the first African American or woman to win a presidential primary. People never ended up taking her campaign seriously, instead focusing on Senator George McGovern because of his perceived electability.

Although she was not the nominee, Chisholm had a large political influence that stretches to this day. Chisholm tried to use her coalition and 152 primary delegates to negotiate in favor of a party platform that emphasized and recognized the rights of women, black Americans, and Native people, but Sen. McGovern had such a large delegate lead in 1972 that he did not acquiesce to Chisholm’s demands.

After her loss in the 1972 primaries, Chisholm continued to make an enormous impact on politics and American culture by opening the door for other black and female candidates to run for president. Rev. Jess Jackson picked up where Chisholm left off and ran two presidential campaigns in 1984 and 1988.

Shirley Chisholm’s campaign run in 1972 has also similarly inspired candidates, specifically Senator Kamala Harris, who even named Chisholm as her political hero in a recent New York Times interview. Sen. Harris’s 2020 campaign logos are even a nod to Chisholm’s ’72 run.

Beyond running for president, African American women like Fannie Lou Hamer have made an indelible mark on American society by fighting for civil rights. After attending a meeting led by civil rights activists from the Student Non-Violent Coordinating Committee and the Southern Christian Leadership Conference, Hamer became a fierce fighter for black voting rights. It took until 1962 for Hamer, who was born in 1917, to realize that black people could register and vote. Later, she created the Mississippi Freedom Democratic Party (MFPD) to challenge the local Democratic Party and their efforts to block black participation. She later helped organize Freedom Summer, which brought college students to the deep south to fight for civil rights. In a recent article for Time, Historian Keisha Blain tells us that Hamer’s words offer much-needed guidance, direction and determination: faith without action is dead. For the rest of her life until her death in 1977, Fannie Lou Hamer fought to expand the suffrage and fight for civil rights for all.

Second, there is no historical basis for the idea that women and minority candidates aren’t electable.

In 2016, Hillary Clinton won the popular vote by a nearly three million vote margin, despite losing the electoral college.

In the 2008 Democratic Primary, voters perceived Clinton as more electable. In a primary poll, 39% of people said Barack Obama couldn’t win. Yet, Obama expanded the Democratic map and won states like North Carolina, Virginia, and even Indiana – states never before won by Democrats in this era. In 2008 and 2012, Barack Obama defeated establishment candidates John McCain and Mitt Romney and became the first African American president.

In 2018, two of the seats Democrats picked up in the Senate were won by women and one was openly bisexual.

In 2018, four of the seven Gubernatorial seats that Democrats flipped were won by women.

Further, a recent CBS poll suggested that 59% of Democratic voters prefer a female candidate, while 60% prefer a black candidate as opposed to a white candidate.

There is no empirical evidence to suggest that a woman can’t win in a certain state. Two midwestern states that Hillary Clinton lost in 2016, Kansas and Michigan, elected female governors in 2018 and many other women in the region were responsible for flipping Republican House Seats.

With the 2020 election already underway, many qualified female and minority candidates are still on the Democratic debate stage, raising lots of money, and even polling well. For example, since December 2018, Elizabeth Warren's average poll standing has increased by a whopping 21.1 percentage points. A recent Fox News poll has Elizabeth Warren 10 points ahead of Donald Trump in a head to head matchup. No other candidate has come close to that.

The United States has had its fair share of unorthodox presidential candidates, and yes, some of them, like self-professed clairvoyant and psychic Victoria Woodhull, may not meet the mark for being a qualified candidate.  But we must stop defining “electability” in terms of race and gender. Let’s finally throw this tired electability argument into the trash.