Images of the Capitol Riot Reflect a National Crisis 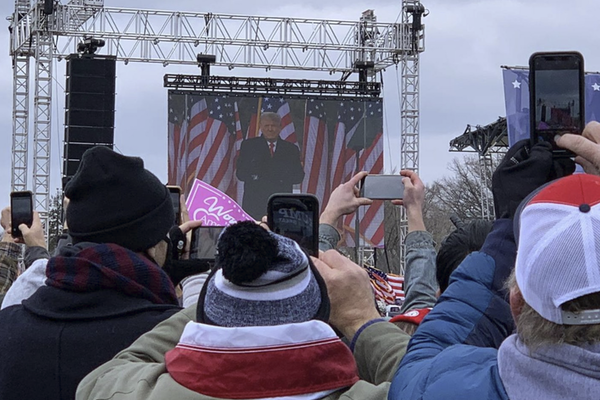 The ideology of Trumpism is a more vicious beast than the dogs that Trump promised to unleash. The reality we must now come to terms with is that this beast will ravage American society long after January 20, 2021 and even after Trump leaves the surface of the earth. The incoming Biden administration will have to confront millions of enraged Trumpists among the 70 million plus who voted for Trump. Their dark cloud of conspiracy and their refusal of a legitimately elected President will threaten to suffocate the new administration.

We must come to terms with the inconvenient truth that Trump is a product of American society and not an odd genetic mutant. The Trump family hails from the liberal metropolis of New York City, and he was educated at one of the country’s most elite institutions. His children and closest advisors embody American royalty, partly defined by the super-rich, powerful and those with similar elite education. Conservatives attempting to disentangle themselves from Trump gaslight us with their eleventh-hour epiphany.

Trumpism is a convergence of elemental forces of a society deeply rooted in racial animus and a President with a pathological lust for power and control, an absolute lack of a moral compass and a fundamental lack of competency to understand basic mechanisms of governance. Trumpism and other forms of white supremacy are part and parcel of the American odyssey; they undergird a beast nurtured and fed by American society for more than four centuries.

Trump has not invoked rhetorical pretense to disguise the raw underbelly of racial prejudice, while formulating policies that destroy Black and Brown families. He has stripped away the mask of pretension. Trump has removed the chains and unleashed the beast. He has applauded white supremacists as patriotic, instructed the Proud Boys to stand by, and professed love for Wednesday’s violent insurrectionists.

The January 6th insurrection and the soft touch of the police against a violent mob speaks to widespread acquiescence to this virulent ideology. The claim that the U.S. Capitol Police and the National Guard were not fully prepared for the insurrection is an excuse. On the contrary, the evidence shows that some police officers ushered insurrectionists into the Capitol and brought the beast to roost in the seat of the US government. National police officers readily deployed tear-gas to clear citizens engaged in peaceful protest at Lafayette Square to provide a photo-op for Trump but allowed insurrectionists to take selfies in the office of the Speaker of the House and to mount the lectern of our lawmakers. This dynamic reinforces Trump’s boasts about unwavering support from law enforcement unions.

Visual imagery from the insurrection will not be erased with the flipping of a switch on January 20th. Its savagery will reverberate for decades. America’s standing in the world will not recover within a few generations. The January 6th insurrection and four years of Trumpism portend an uncharted path. The ship has changed course and is in the eye of the storm. It is to be determined if we will safely reach a shore, or if we are on course for the end of Pax Americana.