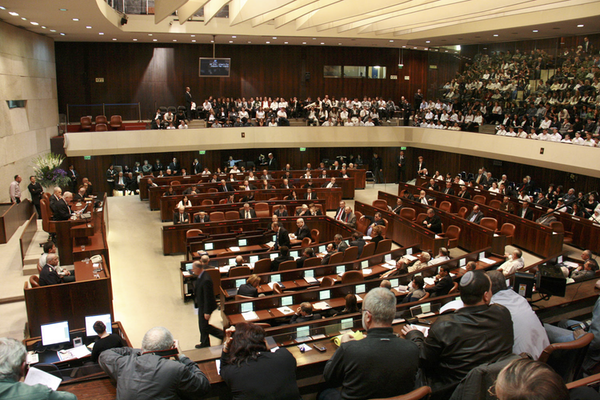 Benjamin Netanyahu just won a record fifth term as Prime Minister of Israel. He has dominated Israeli politics for ten years. His reelection shows the widening gap between the ideas and politics of American and Israeli Jews.

The Israeli Attorney General announced at the end of February that Netanyahu will be indicted for bribery and fraud. Just days before the election, Netanyahu said that Israel would annex Jewish settlements on land in the West Bank taken in the Arab-Israeli War of 1967. About 400,000 Israelis live in West Bank settlements. He said, “I will impose sovereignty, but I will not distinguish between settlement blocs and isolated settlements. From my perspective, any point of settlement is Israeli, and we have responsibility, as the Israeli government. I will not uproot anyone, and I will not transfer sovereignty to the Palestinians.”

Netanyahu’s electoral opponents were a new coalition of centrist and conservative Israeli politicians. Thus the choice for voters was between a continued hard line against Palestinians and Netanyahu’s even harder line. His victory demonstrates the preference of Israeli voters for an ethically dubious politician, who offers no path toward peace with Palestinians, but continued seizure of formerly Arab land.

In 2009, Netanyahu made the following programmatic statement about the most pressing issue in the Middle East: “I told President Obama in Washington, if we get a guarantee of demilitarization, and if the Palestinians recognize Israel as the Jewish state, we are ready to agree to a real peace agreement, a demilitarized Palestinian state side by side with the Jewish state.” Since then he has gradually been moving away from this so-called two-state solution. In 2015, he employed harsh anti-Arab rhetoric during the last days of the election campaign, for which he apologized after winning. He seemed to move away from support of the two-state idea, but said after the election that this idea was still viable.

The election of Donald Trump pushed Israeli politics further right. Although Trump repeatedly claimed to have a bold plan to create a peace settlement between Israelis and Palestinians, in fact, he has openly supported Netanyahu’s movement away from any possible settlement. A year ago, Trump announced that the US officially recognized Jerusalem as the capital of Israel. Trump announced last month that the US recognizes Israeli sovereignty over the Golan Heights, seized from Syria during the 1967 war. Netanyahu used giant billboards showing him shaking hands with Trump.

To support his election bid this time, Netanyahu offered a deal to the most radical anti-Arab Israeli parties, which had thus far failed to win enough votes to be represented in the parliament, the Knesset. He orchestrated the merger of three far right parties into one bloc, the “Union of Right-Wing Parties”, and promised them two cabinet posts if he wins. One of those parties, Jewish Power, advocates the segregation of Jews and Arabs, who make up 20% of Israelis, and economic incentives to rid Israel of its Arab citizens. Jewish Power holds annual memorials for Baruch Goldstein, who murdered 29 Muslims at prayer in 1994. Imagine an American politician allying with a party which celebrates the murderous accomplishments of Dylann Roof.

Netanyahu recently said, “Israel is not a state of all its citizens,” but rather “the nation-state of the Jewish people alone.” That makes a “one-state solution” impossible, because non-Jews would automatically be second-class citizens. Netanyahu’s victory shows that the creation of a Palestinian state is less and less likely, as the land for such a state is increasingly seized by Israel.

While most Israelis also say they support a two-state solution, their real politics makes this support meaningless. A poll of Israelis in 2017 showed Jews leaning heavily to the right and extreme right. A more recent poll showed greatly increasing support for annexation: 16% support full annexation of the West Bank with no rights for Palestinians; 11% support annexation with rights for Palestinians; 15% support annexation of only the part of the West Bank that Israel currently fully controls, about 60% of it. About 30% don’t know and 28% oppose annexation.

Meanwhile, the uprooting of Arabs and confiscation of their land continue as Jewish settlements expand. While the West Bank is highlighted in the news, the Israeli policy of expelling native Arabs from their homes has also been taking place for decades in the Negev desert in southern Israel. Bedouin communities, many of which predate the founding of the Israeli state, have been systematically uprooted as part of an Israeli plan of concentrating all Bedouins into a few towns, in order to use their land for Jewish settlements and planned forests. The Bedouin communities are “unrecognized”, meaning that the Israeli government considers them illegal. Illegal Jewish settlements in that region have been recognized and supported, while much older Bedouin communities have been labeled illegal and demolished or slated for demolition. Essential services, like water and electricity, have been denied to the agricultural Bedouin villages in order to force their citizens to move to the new urban townships.

American Jews are overwhelmingly liberal. Polls since 2010 show over two-thirds supporting Democrats for Congress, rising to 76% in 2018. This long-standing liberalism meant broad support among American Jews for the civil rights struggle during the 20th century. Now the open discrimination against Arabs by the Israeli state, which in some ways resembles the former South African apartheid system, reduces sympathy for Israel.

Surveys of American Jews have demonstrated a consistent support for a two-state solution. Since 2008, about 80% of American Jews support the creation of a Palestinian state in Gaza and the West Bank. 80% also agree that a “two-state solution is an important national security interest for the United States.” Many factors have been moving American Jews away from support of Israel. The close family connections between Jews in America and Israel after World War II have diminished over the past half-century. The continued dominance of Israeli politics by ultra-Orthodox religious policies has worn out the patience of more secular American Jews in Conservative and Reform congregations.

In fact, the greatest support for hard-line Israeli policies has not been from American Jews, as Ilhan Omar recently implied, but from evangelical Christians who support Trump. After Netanyahu talked about annexing West Bank land, nine major mainstream American Jewish groups wrote to Trump asking him to restrain the Israeli government from annexation, saying that “it will lead to greater conflict between Israelis and Palestinians.”

The drifting apart of American Jews and Israelis is a tragic development, but perhaps an inevitable one. As Jews gradually assimilated into American democracy, they congregated at the liberal end of the political spectrum, feeling kinship with other minorities which experienced discrimination. American Jewish religious politics affirmed the traditional Jewish ethical ideas of justice, truth, peace, and compassion. Israeli Jews have faced a radically different environment. Although many of the early Israeli settlers and leaders came from the leftist European labor tradition, decades of conflict with Arab neighbors, in which both sides perpetrated countless atrocities, have led to hardening attitudes of self-defense and hatred for the other.

Jews in Israel support politicians and policies that I reject as abhorrent. That is a personal tragedy for me. The larger tragedy is that there appears to be no solution at all to the Israeli-Palestinian conflict.